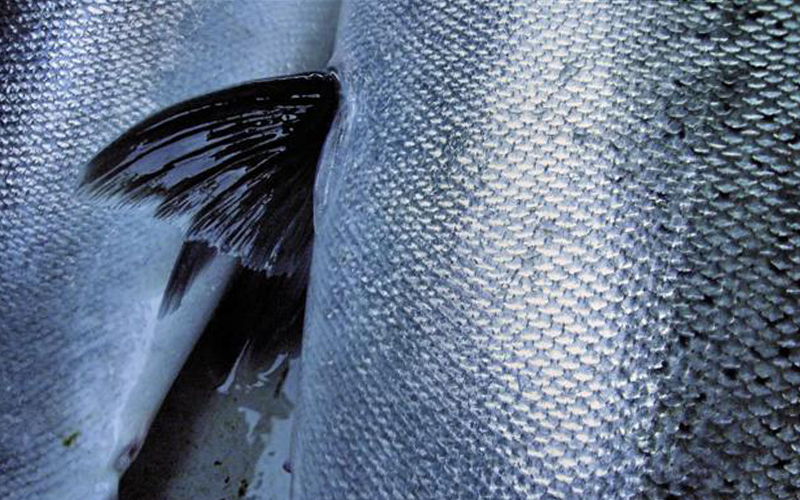 An injunction to halt all King salmon trolling effective July 1, 2020 was filed yesterday in federal court by Wild Fish Conservancy (WFC). This action was added on top of the WFC lawsuit brought against NMFS which names troll interception as the cause of nutritional deficiencies of Southern Resident Killer Whales (SKRW). It is both disheartening and surprising that this Washington group has overlooked the dams, habitat degradation, and toxic pollution in their own backyard and instead focus their attacks on a sustainable hook and line salmon fishery over a thousand miles away.

Instead of focusing on their problems at home in Washington State, the WFC wants to shut down the lowest impact fishery on the water and arguably the most economically important fishery for small coastal communities. Here in Southeast Alaska we have pristine, abundant waters that nourish the salmon we catch and we pride ourselves in the careful fisheries management that has allowed the troll fishery to sustainably exist for almost a century and a half. Our hook and line fishery catches one fish at a time during tightly regulated openings. Since in recent years we have harvested but a small fraction of our historical Chinook catch, the timing and motivation of the WFC lawsuit is very suspect.

In every round of Pacific Salmon Treaty negotiations we have taken significant cuts: 35% in 1999, 15% in 2009, and at least another 7.5% a year ago. New provisions renegotiated in the last Pacific Salmon Treaty between the United States and Canada cut back catches of Chinook salmon throughout their migration routes specifically expecting to increase prey available to the SRKW. The new agreement also invests millions of dollars in additional chinook hatchery production and habitat restoration to support salmon and SRKW recovery. These brutal Treaty negotiations are all about conservation although here in Alaska we have not dammed our salmon producing rivers, allowed toxic fish farming or seen the population growth that Puget Sound has and that has resulted in decimated SRKW habitat.

Eliminating the tiny Chinook harvest in Southeast Alaska will not reduce the toxicity level in Puget Sound and greater Seattle area; the undeniable source of “peanuthead” offspring. Alaska Trollers Association (ATA) believes the threat on the SRKW population is from Washington State dams, pollution produced by Washington’s disease ridden fish farms and from the industrial waste of America’s fastest growing metropolis. The Rainforestsite, another Puget Sound environmental group, stated “Our Southern Resident Orca whales have some of the highest overall toxic loads and, in particular, highest PCB levels of any marine mammals anywhere in the world.” Connections between PCBs and birth defects are well documented.

The SRKW decline traces back to 1962 to 1976 when the State of Washington allowed the capture of 270 sexually mature SRKW for marine parks such as Sea World. This harvest of SRKW led to the creation of the Marine Mammal Protection Act (MMPA) and the National Marine Fisheries Service’s statement that “the capture of killer whales for public display during the 1970s likely depressed their population size and altered the population characteristics sufficiently to severely affect their reproduction and persistence.” Alaska’s trollers should not be held accountable for the multitude of bad decisions and continued environmental degradation threatening this population.

Trolling has sustained our coastal community economies for nearly a century and a half – our harvest data goes back to 1911 – and we are regulated conservatively. The “no jeopardy” biological opinion under the ESA for SEAK Chinook fisheries was vetted appropriately and with knowledge of the resource and our impacts on it. We commend both agencies, NMFS and ADFG, for their defensive stance on this. ATA supports science based, effective and equitable conservation.

For more information, or to donate to the ATA legal fund, go to the website www.aktrollers.org