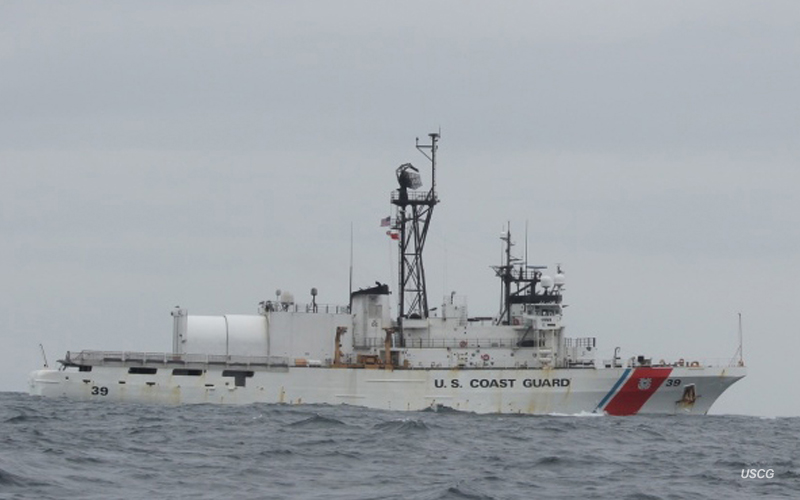 We are receiving reports from our brethren, the Albacore trollers, that although a MOU was signed in 1993, the Chinese high seas fleet is alive and well and recently having a stronger presence in the North Pacific. Albacore trollers fish much further out in the ocean and have regular sightings of these illegal vessels and their gear.

Our coast guard busted one pirate high seas vessel last year, the F/V Run Da from China. Informal reports from the Pacific Albacore Trollers Association, however, indicate that an entire fleet was operating near the Run Da days prior to the bust. https://content.govdelivery.com/accounts/USDHSCG/bulletins/1f94a1a

For the purpose of background, the last prior high seas drift enforcement encounter took place four years earlier in 2014. https://coastguard.dodlive.mil/2014/06/interdiction-on-the-high-seas/

The USCG is eager for more information. Unfortunately, the magnitude of this fishery intimidates informants from coming forward. Distrust looms – justifiably, when one realizes how easily a smaller vessel could easily disappear out there.

ATA believes the albacore fishermen’s reports are credible and, while we appreciate any and all USCG efforts to curtail this resurgence in piracy, a more aggressive approach in enforcement is merited. More foreign vessel capitalization for the purpose of pirating the waters outside 200 miles has been noted, increasing this activity recently.

The news of this resurgence in resource interception is not welcome in times of concern for many Southeast Alaska river escapement levels. We are hoping for more specifics to proceed with and approaching this matter carefully. If necessary, ATA will discretely relay sightings to the USCG. In total, since the MOU signing in 1993, the USCG cites 22 interdictions and enforcement actions against vessels engaged in large-scale, high seas drift net fishing activity.

Illustrating the hostility level, below is from a South Korean web news source:

SUBSCRIBE 159K 도넘은 중국 불법 조업 어선의 횡포 South Korea’s Coastguard had to fend off dozens of illegal Chinese fishing boats on Thursday,… by firing hundreds of live-round warning shots. As the push back from Chinese vessels is becoming ever more violent,… it has left many wondering how to safely tackle their blatant disregard for Korean waters. Park Ji-won has more. Some 50 illegal Chinese fishing boats were caught on the radar systems of Korea’s Coastguard on Thursday,… about 60 kilometers off the country’s southwestern island of Gageo-do. The Coastguard broadcast warning messages,… but the Chinese boats strongly resisted,… even purposely attempting to ram the Korean patrol ships. In the end, the Coastguard was left with no option but to fire hundreds of live-round shots around the Chinese boats. After a grueling six hour operation, the Coastguard seized two Chinese boats and around 20 crew members. They are being questioned by local authorities and are expected to be charged with illegally fishing in Korean waters and violent behavior. Last month,… the Coastguard fended off over 40 Chinese boats with warning shots in Korea’s Exclusive Economic Zone in the West Sea. The Coastguard introduced a new policy of using firearms in cases of violence by Chinese fishermen… after a Korean Coastguard vessel capsized after being rammed by a Chinese boat in October 2016. Back in 2011,… a Korean Coastguard officer was killed by a Chinese fisherman,… during an operation to crackdown on illegal fishing. Park Ji-won, Arirang News.